A Laugh to Remember 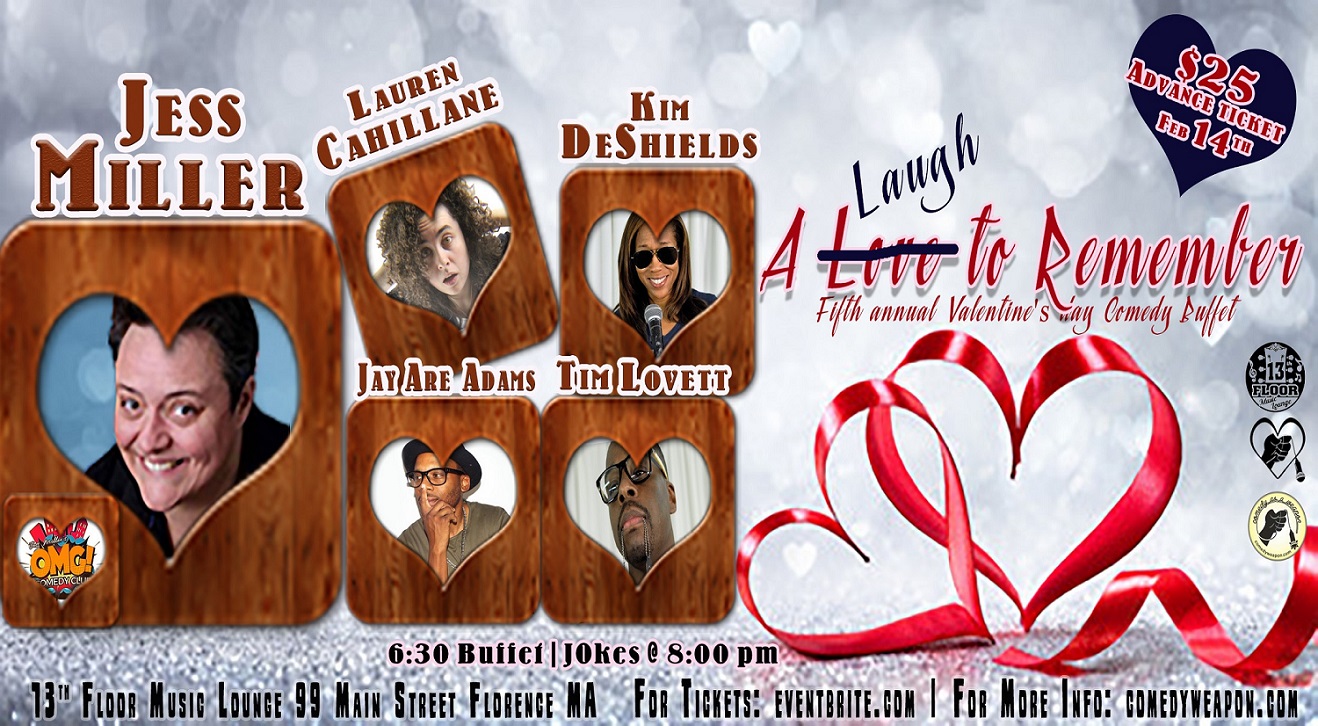 On February 14th at the 13th Floor Music Lounge come celebrate our fifth annual Valentine’s Day comedy buffet. Comedy as a Weapon Presents: A Laugh to Remember a comedy show buffet tackling the humor of Love and Life. Jess Miller of OMG Comedy is scheduled to headline the night of hilarity. Jess’s sharp wit and quick tongue are guaranteed to entertain and tickle your funny bone all night long. The face of Comedy as a Weapon Kim DeShields (Nick at Nite’s Funniest Moms) hosts, Comedy as a Weapon founder Tim Lovett (Jessica Kirson), Jay Are Adams (Kevin Hart’s Hart of the City) and Lauren Cahillane is slated to make an appearance.

Jess Miller is a new, unique, insightful, vibrant and hilarious voice in the comedy world. Using her own life as bedrock, Jess has built an act that shows the humor in every aspect of life. She is so hysterical, you may just pee your pants!

Food is provided by the world’s famous JJ’s Tavern so come early because the buffet starts at 6:30, while DJ Groove plays the tune that guaranteed to make you move your feet.

This has all the makings of one great night! Jokes start at 8:00 PM

For more information go to www.comedyweapon.com