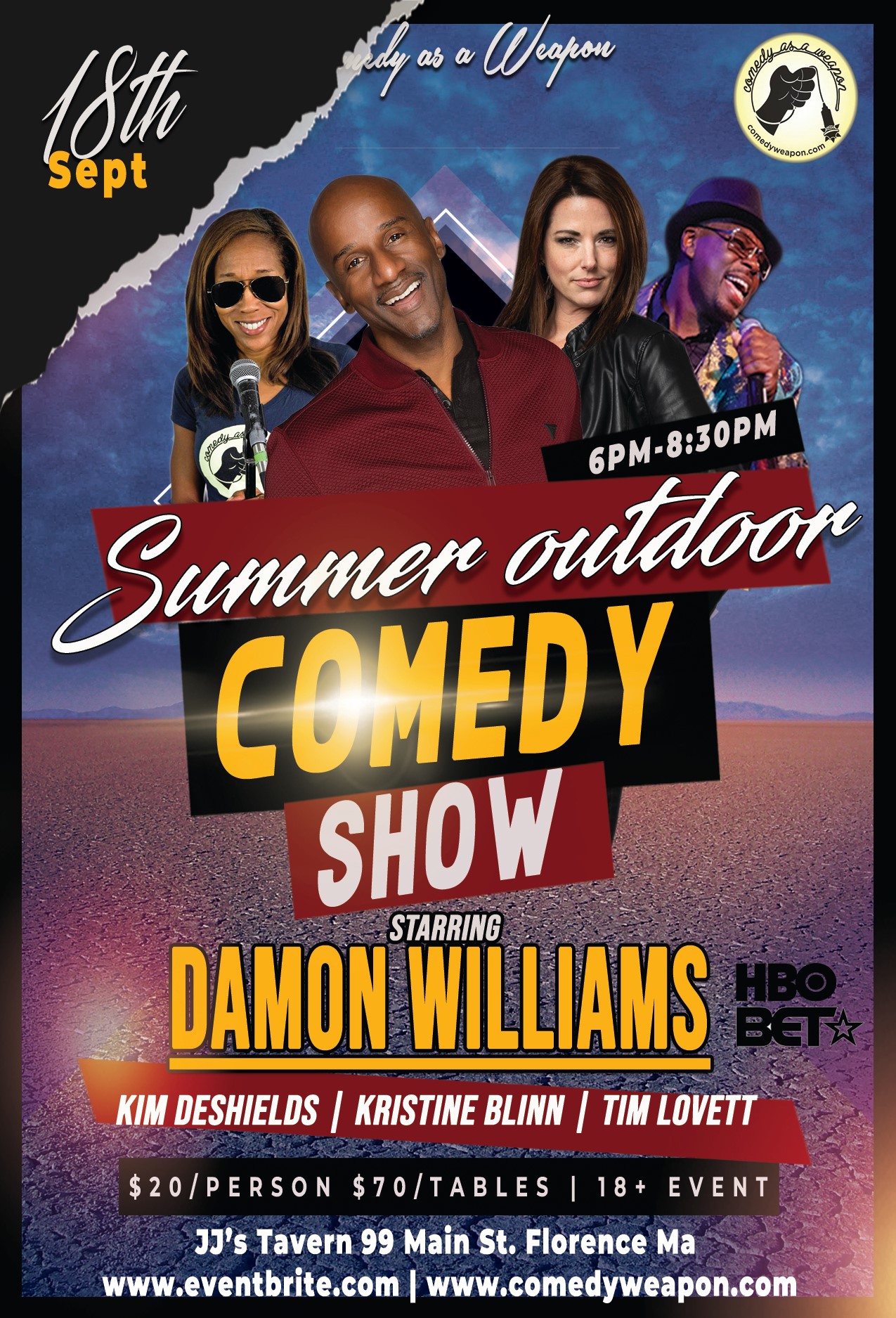 [tc_ticket id=”17225″ title=”Summer Outdoor Comedy” show_price=”true” quantity=”true” type=”buynow”]Damon Williams   A former Subway sandwich shop owner from Chicago, Damon Williams began his career at All Jokes Aside Comedy club. Damon can be heard weekly on the nationally syndicated Tom Joyner Morning Show doing the hilariously funny SERIOUSLY IGNORANT NEWS. Williams can be seen on the current season of HBO’s Def Comedy Jam and look out for a ground breaking set on the new season of Martin Lawrence’s 1st Amendment Stand Up as well as Comics Unleashed. Damon can be seen in independent film projects Past Due, I Used to Love Her and more…

His material is universal and has something for all ages. His popularity has provided him the opportunity to work with some of the biggest stars in the business and also as host for a campaign brunch for then US Senator Obama. Some of these stars include Aretha Franklin, Pattie Labelle, Luther Vandross, Ray Charles, Harry Belafonte, Chris Rock, James Brown, Jamie Foxx, Little Richard, and even President Barack Obama. The monthly comedy shows he produced for the House of Blues came about after one appearance on the Jenny Jones Show. He was contracted to write, perform, and produce over 50 episodes. His starring role in the hit musical comedy tour “Laughin’ on the Outside Cryin’ on the Inside” generated standing ovations every performance. Damon is definitely a star on the rise.

Kristine Blinn Recently named the House Comic at Roar! Comedy Club at MGM Springfield in MA, Kristine entertains crowds with stories about her dating life, her family, and her experiences as an inner-city high school teacher.  She’s performed comedy all over the country, has opened for Nikki Glaser, and will be opening for Chelsea Handler.

To promote social distancing we are selling tables over seats, and seating is limited. Seating began 6 pm and the show starts at 7pm. Food and drink are available and mask are a must.