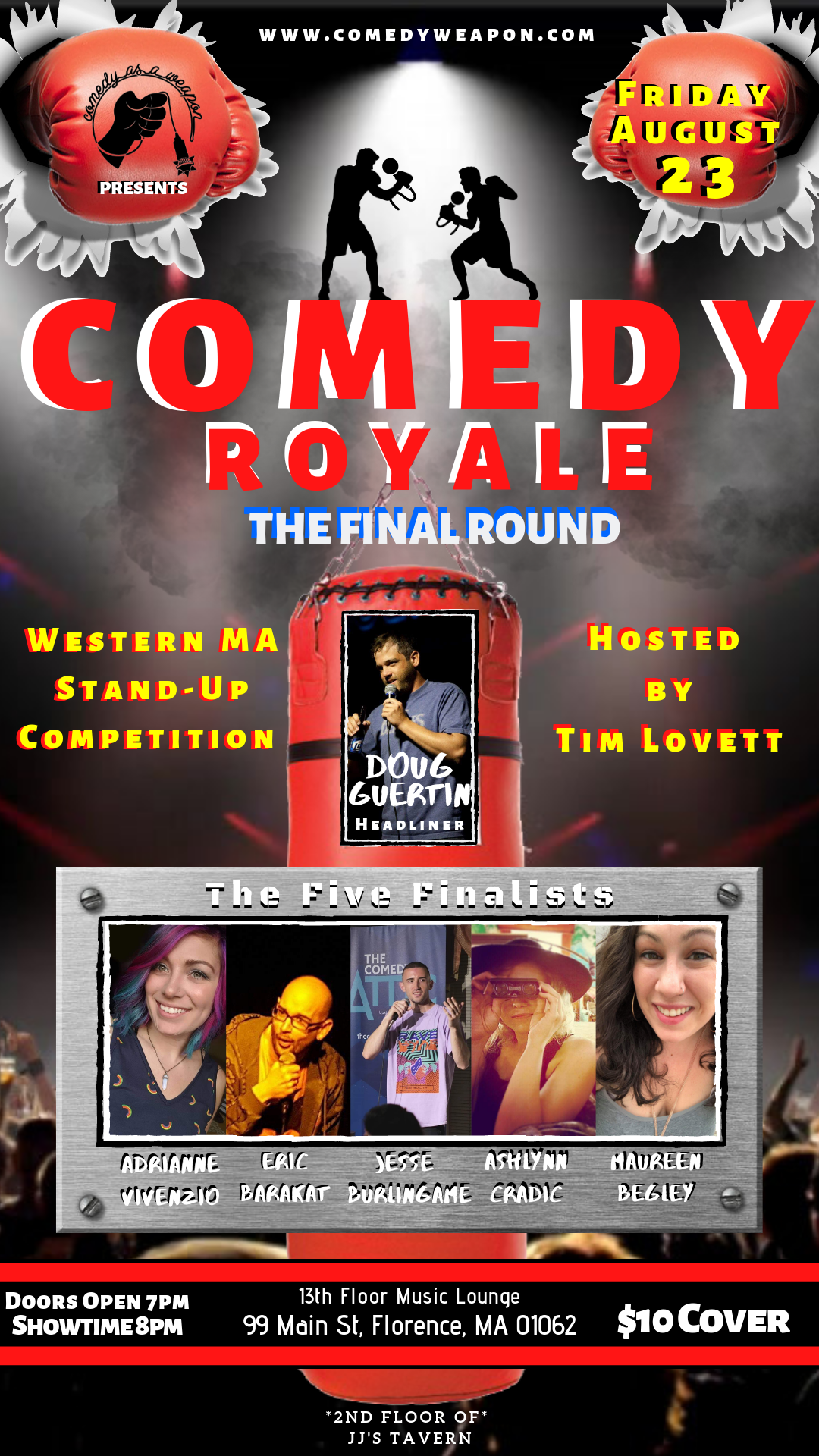 After 4 months of competitions, 5 of the best comedians will compete for the Comedy Royale Belt, and a spot on Cause Cause 3 at the Academy of music September 7th Starring Jessica Kison. The 13th Floor Music Lounge plays host to the first ever app based comedy competition and the audience is the star of the show.
Meet the Competitors:
Maureen Begley- Although early in her comedy career Maureen packs a powerful punch. Her relatable material about sobriety and working retail makes her a very formidable
Jesse Burlingame- His quick wit and funny observations make him one of the favorites in the competition.
Eric Barakat- Is probably the most polished performer in the competition with his energetic stage presence his humor about his family life.
Adrianne Vivenzio- After returning to comedy after a hiatus, Adrianne proved that she has not lost a step by winning round 3, and now she sets her sights on taking it all.
Ashlynn Cradic- Ashlynn does not pull any punches as she makes her struggles about being a trans woman funny and relatable.
Doug Guertin (the Last Comix Standing) will headline, and Tim Lovett (Comedy as a Weapon) will host