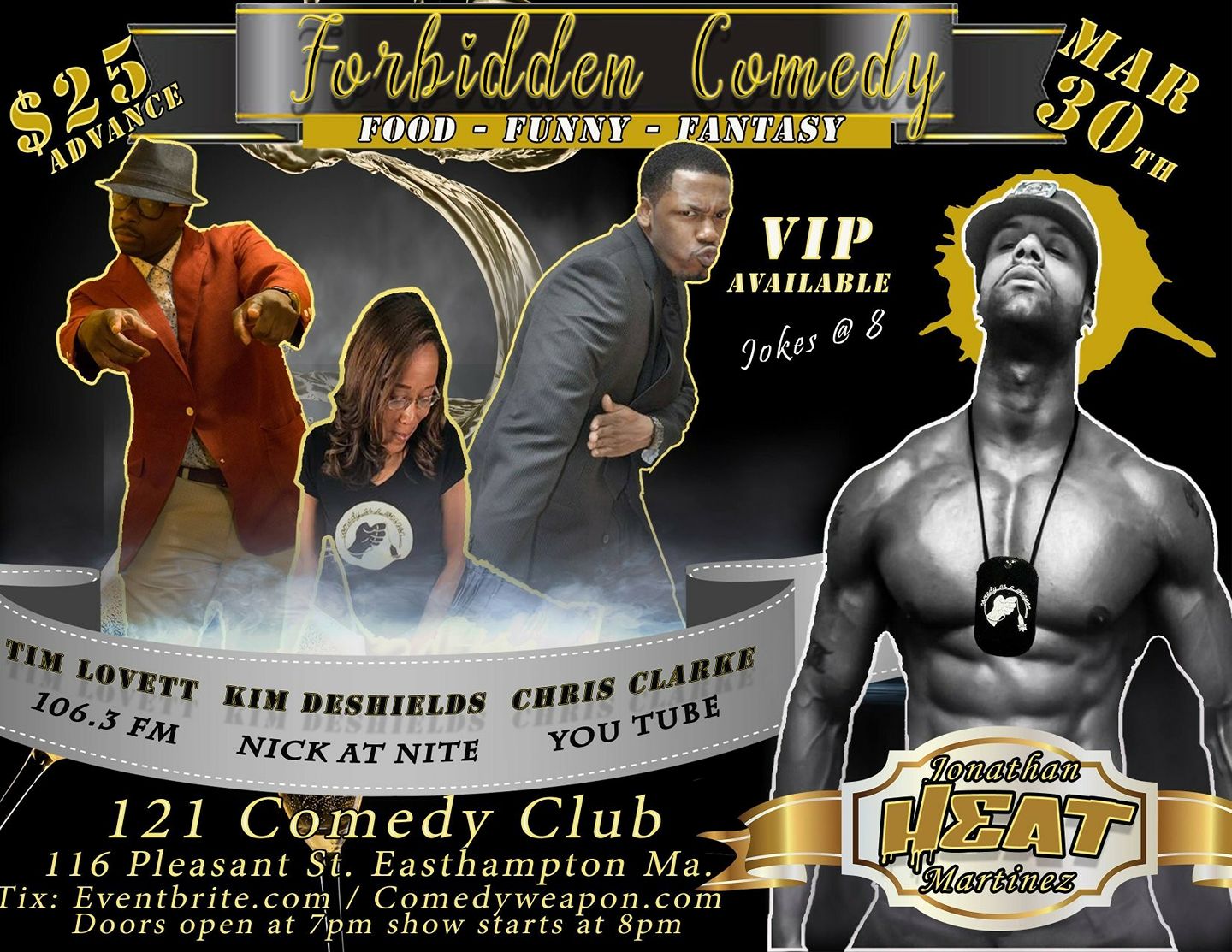 On Friday, March 30, Comedy as a Weapon heats up the 121 Comedy Club in Easthampton, MA bringing you a singular and sexy comedy show just for the ladies. Food, funny… and fantasy. Chris “C-Snacks” Clarke, YouTube snack critic) brings his comedic talents to the stage, and the funny Tim Lovett (Comix @ Mohegan Sun) will feature. Your hostess for the evening will be the hilarious Kim deShields (Nick at Nite).

After the funny comes the fantasy, starring male exotic dancer Jonathan “Heat” Martinez. Heat is a former boxer, and “the top male Latin entertainer in the business,” appearing on the cast of Vivica’s Black Magic on Lifetime. His skills are sure to amaze!

Jonathan “Heat” Martinez was a cast member of the Lifetime reality show Vivica’s Black Magic, which premiered in January 2017. Heat is a former boxer, and the top male Latin entertainer in the business.  While he’s traveled coast to coast, his heart is always back in NY with his big Dominican family.

Kim Deshields –  A semifinalist in 2008 for Nick At Nite’s Funniest Mom, contestant on Last Comic Standing, and Ladies of Laughter Funniest Female finalist, she has opened for the likes of comedy giants such as: Tracey Morgan, Bill Burr, Leslie Jones, Mike Epps, Nikki Carr and Arnez J.

Tim Lovett has entertained people across New England over 5 years. Since starting his Comedy career in Massachusetts, he has developed into a strong performing comedian. His style is witty and energetic, and he has something for everyone in the audience to relate to.

DJ Groove of Good Groove Entertainment will be playing music before and after the show. The event will be catered. Doors open at 7pm; show starts at 8pm, after-part (free admission) starts at 11. Tickets available at Eventbrite.com or comedyweapon.com Admission to the after-party is free (Guys encouraged) women 18+ men 21+