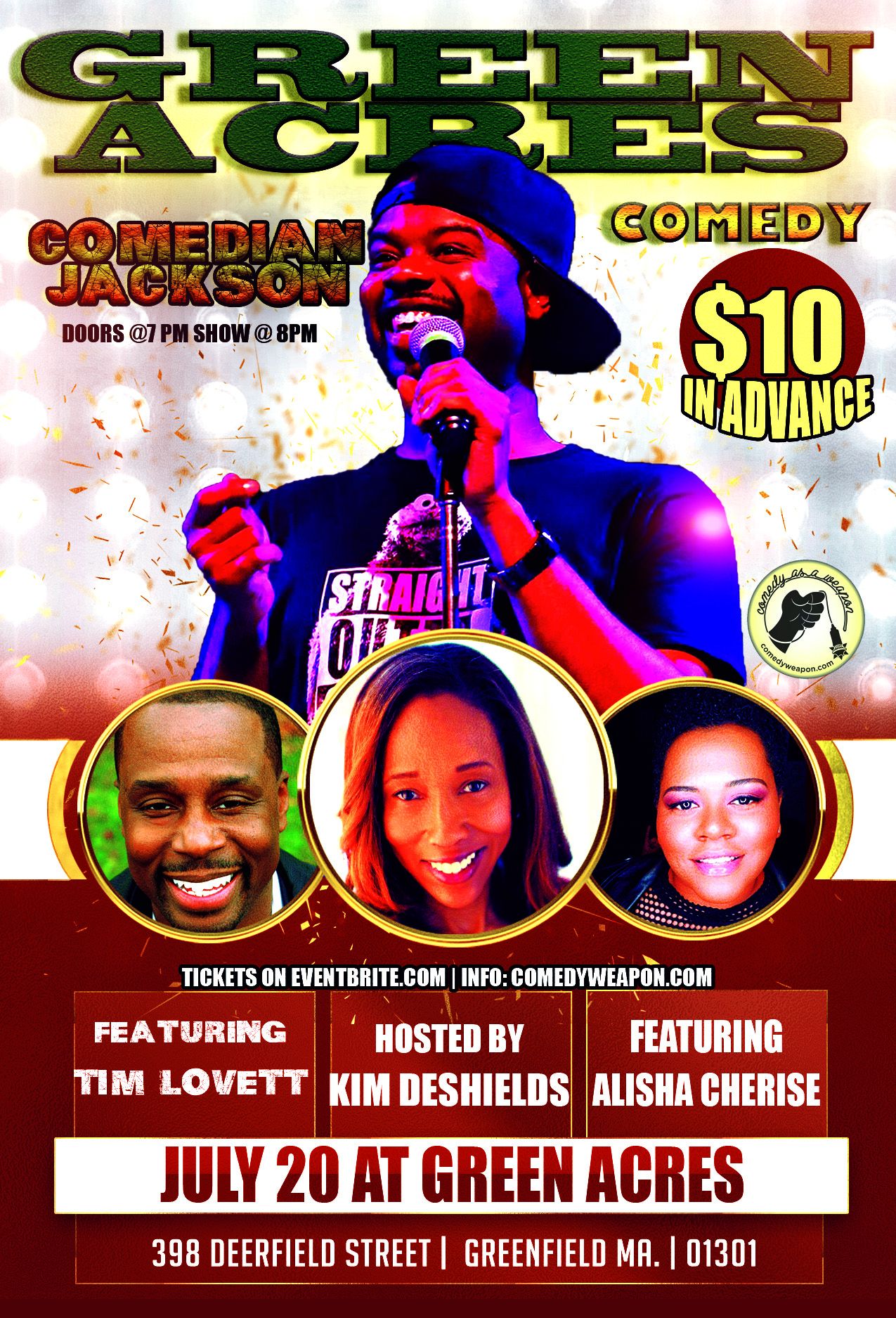 Comedian Jackson was born in Bridgeport CT. He delivered a knock out performance on BET’s Coming to the Stage, in 2006 NBC selected Jackson as one of the first recipients of a newly delivered program called Standup for Diversity which granted him a scholarship to UCB (Upright Citizens Brigade). Jackson made his television debut on Showtime at the Apollo in 2007, and ever since then, his rise has been steady performing in Germany and winning four back to back comedy competitions. Jackson performs in theatres, clubs, and colleges in New York, Connecticut, Rhode Island, and Massachusetts.

Kim Boney Deshields (Nick at Nite and Wendy Williams) will be hosting this night of funny along with Alisha Cherise and Comedy as a Weapon founder Tim Lovett (open for Donnell Rawlings, Oak City Comedy Festival).