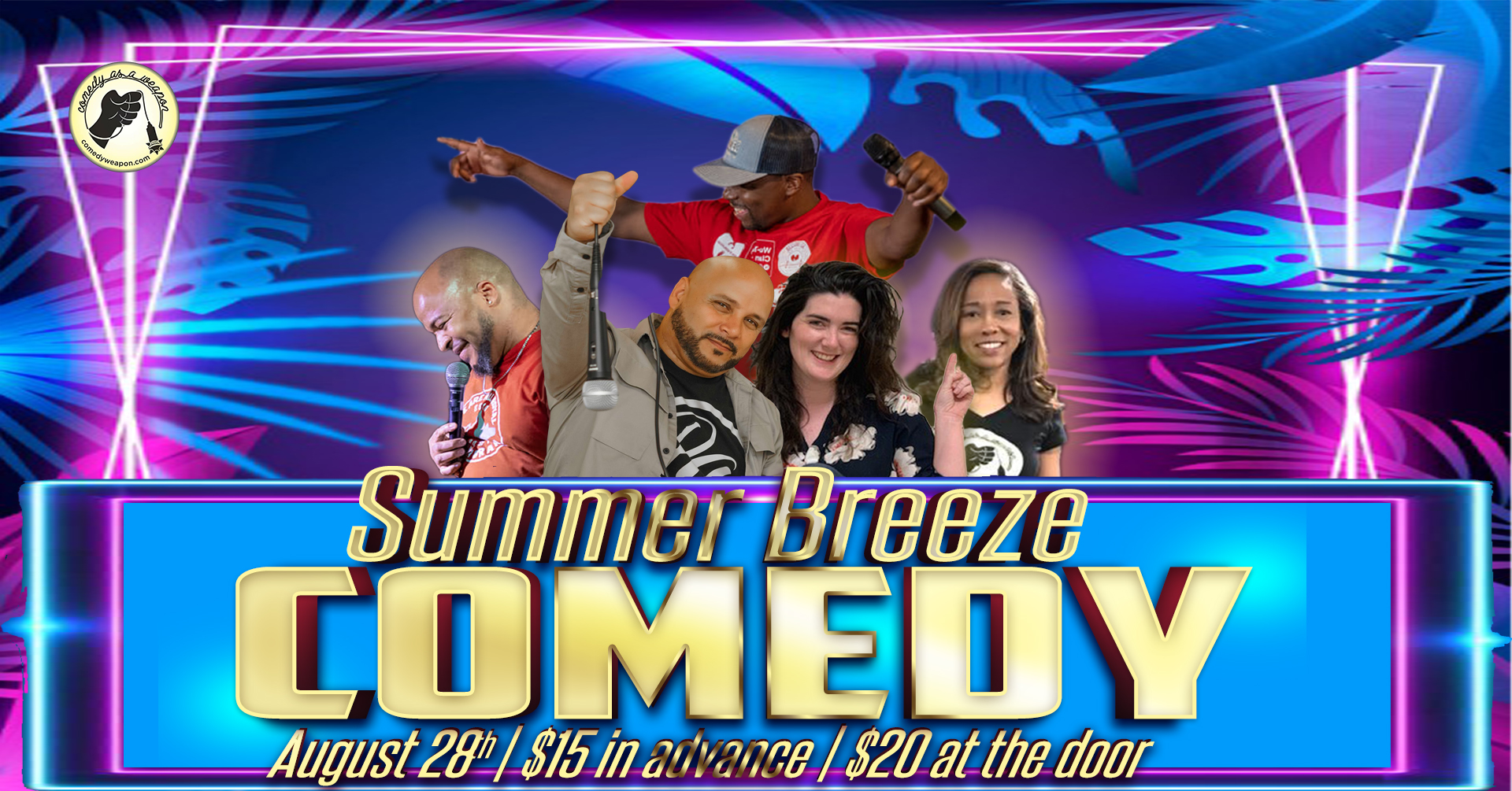 Comedy as a Weapon is back with another hilarious installment of its Summer Series. August 28th at JJ Tavern Kim Deshields plays host to the longest-running comedy series in the area. This month’s edition stars the very funny Phillip Anthony of Laugh Latinos also joining the cast of comedians is the ever-talented Moe Green and Kate Molloy. Tim Lovett and Laura grant of Comedy as Weapon will make a guest appearance.

Phillip Anthony is a diverse comedian and co-founder of Laughing Latinos Comedy. In his first year as a comedian, Phillip was ranked one of the Top 10 Funniest Comics on the East Coast and winner of Clash of the Comics at the Hartford Funny Bone. Since then Phillip has taken some of the biggest stages on the East Coast, including Springfield Symphony Hall where he hosted the Netflix “Truth Hurts” tour featuring Willie Barcena and Steven Michael Quezada, Phillip Anthony has performed at casinos like Foxwoods, Mohegan Sun (Comix and Cabaret Theater) and Taj Mahal as well as world-renowned Comedy Clubs like DANGERFIELD’S, BROADWAY COMEDY CLUB, LEVITY LIVE, HELIUM in Philly, FUNNY BONE (Manchester and Syracuse), BREW HAHA in Hartford, COMIC STRIP LIVE and many more.