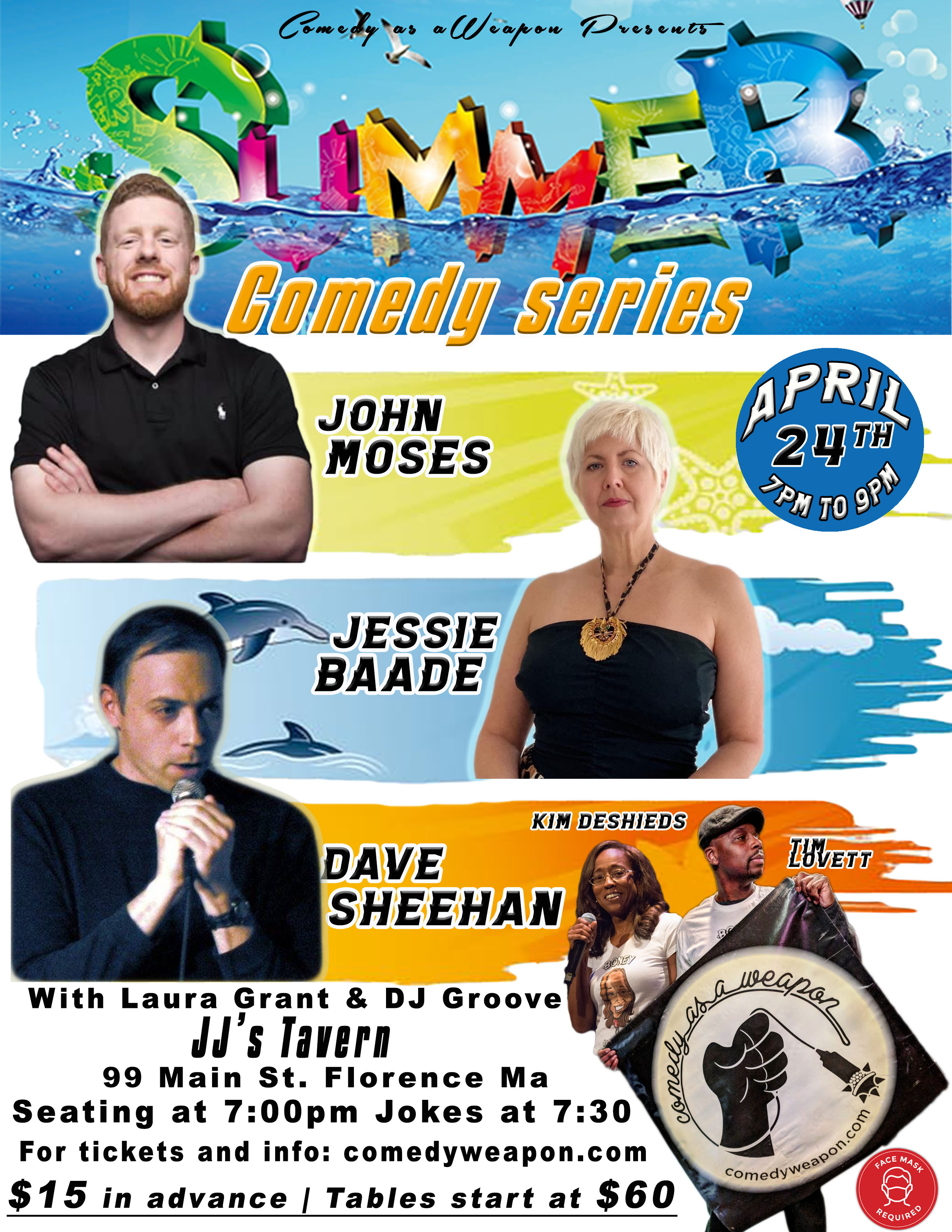 The gang is back! Comedy as a Weapon is returning to JJ Tavern in Florence MA April 24th to kick off its first installment of its summer stand-up comedy series. Along with founding member Tim Lovett, host Kim DeShields, and new comer Laura Grant and slew of the funniest comedians around.

John released his debut album On The Edge in 2012. It was voted one of Laughspin.com’s “10 Best Comedy Albums of 2012,” and given their dubious distinction as “The One Album From 2012 You Should Get By A Comedian You Probably Never Heard Of.” It is still in regular rotation on Sirius XM RawDog, The Foxxhole, and Canada Laughs.

Other Acts include Jessie Baade, Dave Sheehan, and Dj Groove will be providing the music. Seating begins at 7 pm and jokes start at 7:30 pm.

****for safety reasons will are selling tables over seats. Tables seat 4 – 16 people. Individuals may have to seat at table other individuals ********