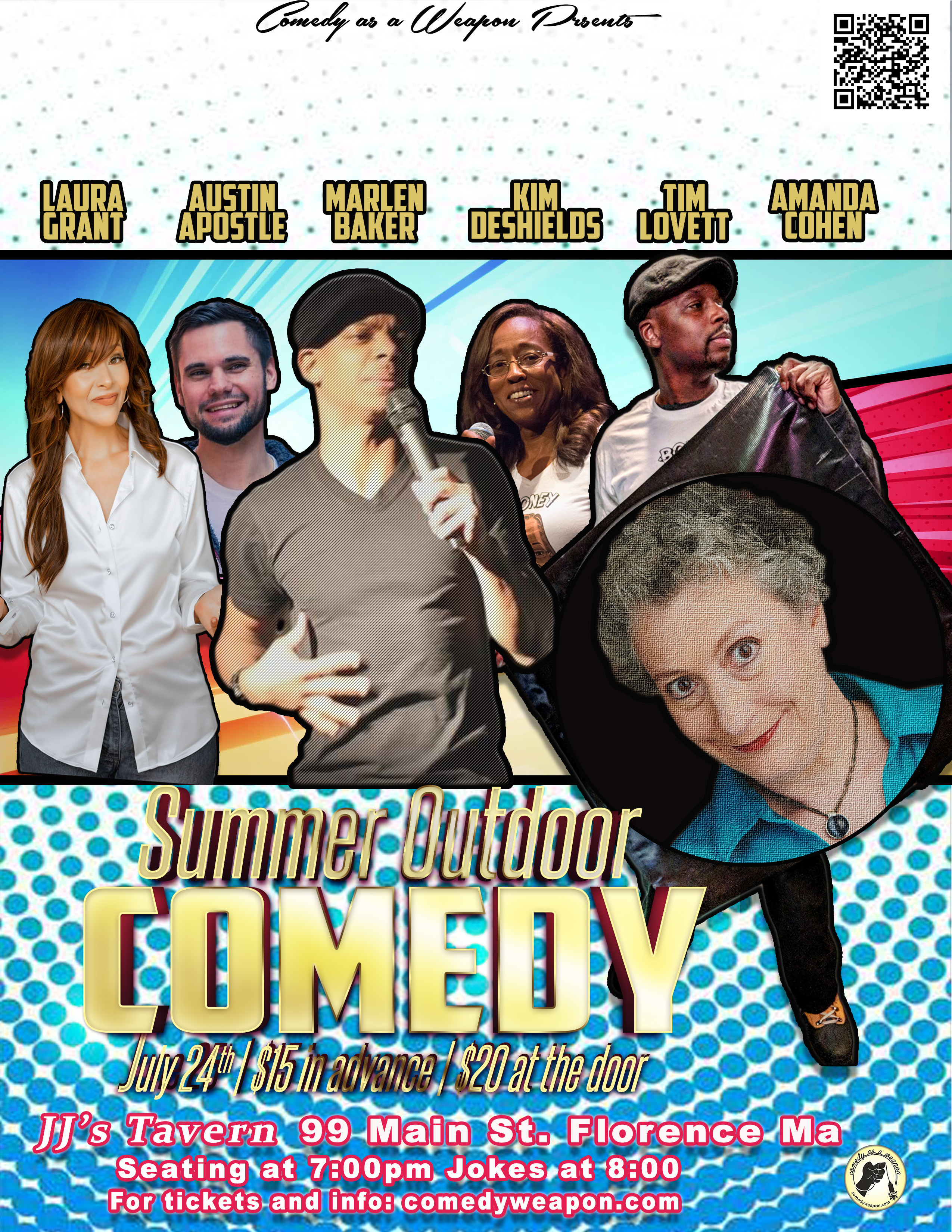 Saturday, July 24th the stage is set for one great night of comedy. Marlin Baker and Amanda Cohen roll in to town to tickle your funny bone. The ever funny Kim “Boney” DeShields host this night of laughs and other acts include CAAW Founder Tim Lovett, the lovely Laura Grant, and the super witty Austin Apostle. The doors open at 7 pm Jokes start at 8 Pm. Music is provided by DJ Good Groove Ent.

Amanda Cohen describes herself as “I’m a middle-aged single woman who is definitely nobody’s mom. I’m your best nightmare: a fearless feminist with a sharp sense of irony who will challenge your assumptions about older women, while still relating to all ages. I’ve played bars, bookstores, basements, and barns, and whatever you’ve got, I’ll play there too. I have 16 years in comedy…not in a row. In my previous life I hosted a ton of shows and was just starting to feature when the 90s comedy boom ended.

I took a break from standup to go to the Second City Conservatory to study improvisation and sketch writing. I also studied at Annoyance Theater and ComedySportz, and bounced around doing a bunch of improv stuff.

Then in September of 2015, I had an epiphany and remembered I was a standup comedian. I moved from Chicago to LA and I’m now a regular at Flappers Comedy Club in Burbank, as host, performer and Zoom producer. I’ve hosted and featured all over and even headlined a few places.I was in the top 16 of the World Series of Comedy in 2019 and 2020. In May 2019, I won 6th place in the San Diego Comedy Contest. In February 2019, I was a finalist in the U.S. Comedy Competition. In August 2018, I was a finalist in the Clean Comedy Challenge in Carson City, NV”