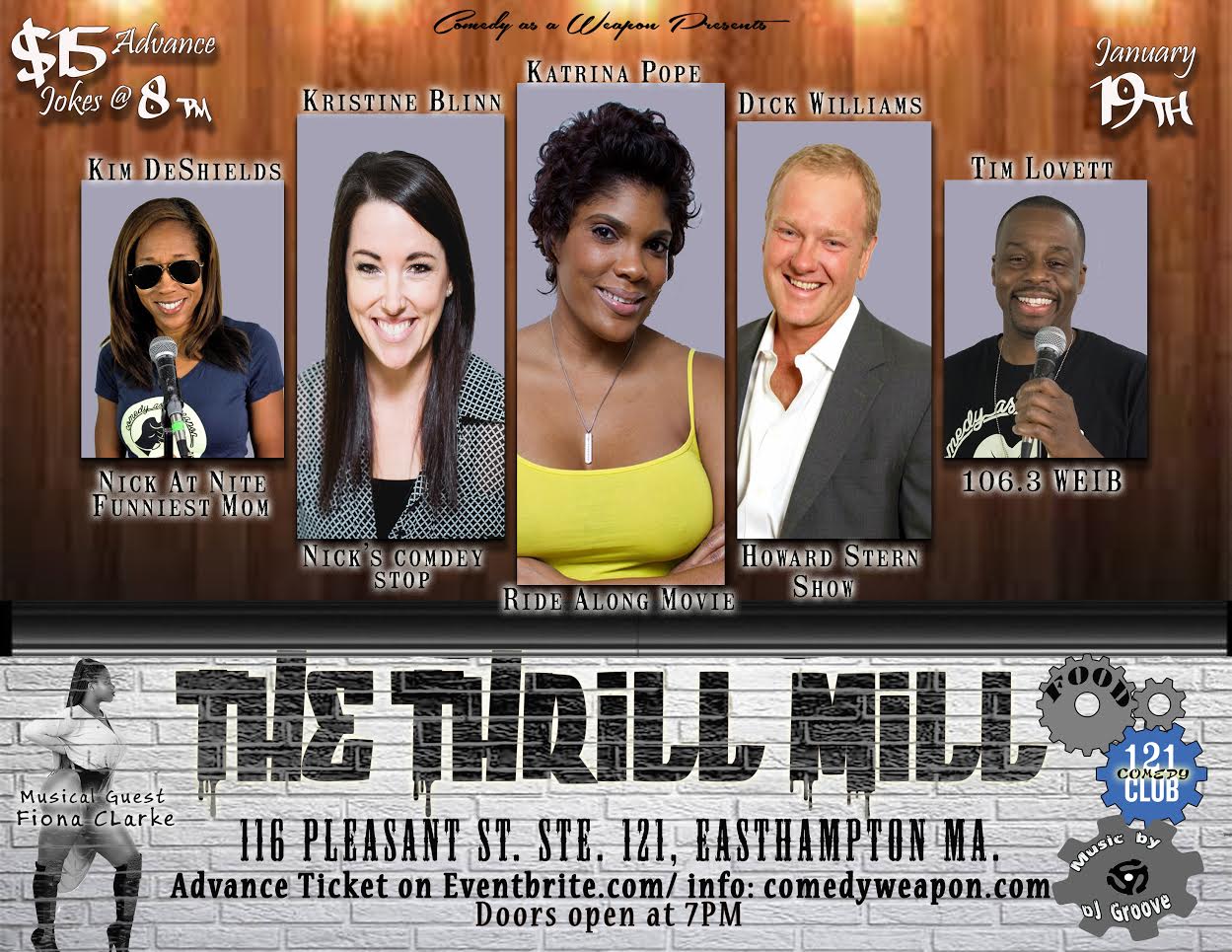 Comedy as a Weapon is coming to Eastworks in Easthampton, MA, inaugurating a series of comedy shows entitled “The Thrill Mill.” This January 19 th at the 121 Club, comedian Katrina Pope (Ride Along movie) along with the regular cast of characters, including host Kim DeShields (Nick at Nite), and Comedy as a Weapon founder Tim Lovett, (106.3 fm WEIB) will make you laugh out loud. If that isn’t enough, other comedians converging on this night of funny include Rich Williams (The Howard Stern Show), Kristine Blinn (Funny Bone), and in CAAW fashion, special musical guest Fiona Clarke (Go There).